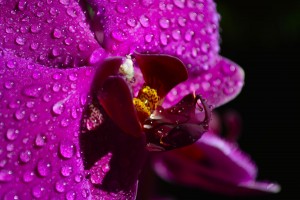 Those picketing this event were outraged that the doctors attending the conference were recommending and conducting infant genital mutilation (IGM) surgery on intersex kids in order to make them more “normal”. Many of those protesting had been subjected to those kinds of surgery when they were infants.

Intersex Awareness Day seeks to make as many people as possible aware of what intersex is and that intersex people everywhere lack that most fundamental of fundamental human rights, the right to autonomy over our own bodies.

Intersex is not a disorder, a condition or a disease. Intersex is difference in the same way that eye colour or right- or left-handedness are differences or human biological variations. As with handedness or sexual orientation, societies have, in the past, looked upon human variations through the lens of prejudice and then sought ways to “cure” or eliminate that variation.

Left-handed people were not so long ago regarded as “sinister” or “evil”. Many adults still alive in Australia will recall that teachers long sought to “cure” left-handed children with a whack of the ruler across the knuckles. Likewise, with sexual attraction, many efforts were made to “cure” those who had same-sex orientation and indeed some still do. Up until the 1980s same-sex attraction was considered a disease in need of a cure.

Intersex people are subjected to forced gendering and surgical alterations to our bodies to “disappear” our differences in a society that regards difference in sex anatomy as deeply suspicious if not utterly repulsive.

Over the next fourteen days – The Fourteen Days of Intersex – OII Australia will release one- or two-paragraph articles on issues that currently stand between being intersex and being a human being who enjoys full access to the law and equal rights.