ABC Radio National’s The Law Report broadcasted a program of direct relevance to intersex people in Australia and overseas this morning. In a feature entitled Better recognition for transgender people under the law on 8 November 2011 the program utilised pathologizing language and concepts. 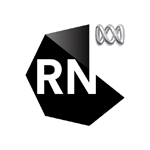 I understand that one of the areas that you’re also going to be looking at is birth certificates, and the requirement that they be filled out pretty shortly after birth. And what the implications are for children when they are born, who may have ambiguous genitalia and there may be discussion about the need to intervene medically or even surgically at that point?

… and people of intersex status, which is, as you’ve said a physiological diagnosis if you like. And for the very few people who are in that position to register somebody’s sex at birth is difficult, because the sex is compromised, and there are very important decisions to be made by the family and medical advisers on what steps to take to address this compromised physical sexual identity…

In fact, the necessary surgical intervention might not take place for a long time after birth…

In fact, surgical intervention might not be necessary at all. The idea that intersex means our sexual identities are “compromised” is a dangerous one, that promotes early surgical and hormonal interventions to encourage “normal” psychosocial development.

OII Australia believes, instead, that the concept of “normal” is compromised. Children develop our identities in our own time. The fact that these concepts have been inserted into a feature on transgender people – who have physiological characteristics that clearly differ from sex at birth – is quite disturbing.

All children need autonomy, and the ability to consent to medical interventions to modify our sex characteristics.

Listen to the report