We struggle a bit with symbols for intersex, and people with intersex variations; many of us don’t see the need for them, while other people seem to like something to identify with.

There is no commonly understood symbol or flag, even within intersex communities. Many attempts have seemed derivative, of a rainbow flag, of gender stereotypes, gendered pink and blue colours, of transgender symbols, or an infinity symbol used by some bisexual groups. This is one attempt to create something that is not derivative, but yet is firmly grounded in meaning.

The colour yellow has long been regarded as an intersex colour, neither blue nor pink. Purple, too, has been used for the same purpose – including on this site.

The circle is unbroken and unornamented, symbolising wholeness and completeness, and our potentialities. We are still fighting for bodily autonomy and genital integrity, and this symbolises the right to be who and how we want to be.

We’ve received some positive feedback from diverse intersex communities. This is available freely for use by any intersex person or organisation who wishes to use it, in a human rights affirming community context.

The flag was designed by Morgan Carpenter.

An earlier version of the text about this flag referred to yellow as a “hermaphrodite colour”. We have now amended the language, for reasons Morgan explains below:

The term hermaphrodite originates in Greek mythology. In Roman, Canon, and later Western law, hermaphrodites were recognised as either female or male depending on predominant characteristics. It is only with the pathologisation of intersex traits that the term narrowed to take on its current biological meaning, to refer to an organism with both female and male reproductive capacity. That change in meaning was associated with the introduction of pejorative clinical terminology, of “pseudo hermaphrodites” and “true hermaphrodites”, still occasionally used today.

These different definitions have coexisted, typically aligned with different views about who intersex people are, and how we should be treated. Often these views are ahistorical, and primarily concerned with our meaning in relation to other people or concerns. Too few of those perspectives acknowledge and accept the diversity of the intersex population, or our advocacy demands for self-determination about what happens to our bodies.

IHRA has long stated that the term is best only used by people born with variations of sex characteristics. I am aware of individuals who reclaim the term, and individuals who find it offensive. I have amended the text because of the latter, but in doing so I need to make two points:

More words by Morgan on the flag: https://morgancarpenter.com/intersex-flag/ 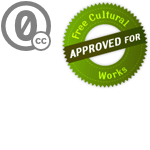