A version of this article, by journalist Andrew Bock, was one of two published by The Age and Sydney Morning Herald newspapers on 20 June this year. This is the full original text of the feature article, with title and text as written and kindly made available for publication here by Andrew Bock. 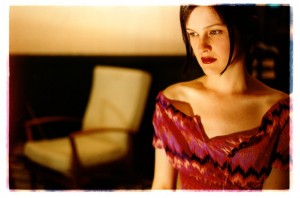 Phoebe Hart, a 39 year old with CAIS, was only told about her condition when she was 17. She made an award winning documentary, “Orchids – my intersex adventure” about going public as an intersex person because the secrecy and the isolation was destructive. “Depression and suicide are higher in [the intersex] community than others because people feel they wont be accepted for who they are or what they are.” Photo: Priscilla Bracks.

Intersexuality and the end of the binary sex code

Given a choice between male and female on official documents, Tony Briffa ticks both boxes. But the former mayor of Hobson’s Bay would prefer to tick neither and also prefers not to be called “he” or “she”.

“I would honestly feel like I was lying if I filled out a document and I put one or the other,” says Briffa, who has tried living as both a female and a male. Briffa was born with Partial Androgen Insensitivity Syndrome, one of over 30 intersex conditions. “I was born both and I feel both and I fiercely want to be recognised in the gender I was born which is both,” declares Briffa.

For the first six weeks of our lives we are arguably all intersex – a status defined in the federal Sex Discrimination Amendment Bill 2013 as “having physical, hormonal or genetic features that are neither wholly female nor wholly male; a combination of female and male; or  neither female nor male.”

Humans do not develop sexually distinct features until a series of genetic and hormonal catalysts begin their work in the seventh week of life in the womb. Individuals who do not travel the conventional biological path to maleness or femaleness develop intersex conditions.

Using terms like hermaphrodites or androgynes and various words for intermediaries, cultures throughout history have understood that combinations and permutations of male and female are normal. That sexuality is more like a spectrum, or “an overlapping pair of bell curves”, than a binary set of two genders.

Numbers of people with intersex conditions are as hard to fix as definitions.

In the last century, our society did not deal well with intersex people. Differences of sex development were hidden from the public. Hospitals hid diagnoses from parents and patients and sometimes had children display their genitals for teaching purposes. Surgeons performed genital surgery that entailed sterilisation and lifelong hormone treatment in order to assign infants one gender or the other, often with the consent of poorly informed parents. Sometimes the surgeons got the gender wrong.

The power of surgery to change sexual anatomy in children was promoted during the 1950s and 1960s by the now discredited views of sexologist and paediatrician, Professor John Money. Money argued that after the division created by ova and testes, gender identity was entirely socially produced and therefore earlier assignment of gender with medical reinforcement would help a child grow up happily in one gender.

Medical diagnoses and treatments have improved dramatically in Australia in the last 20 years. Fewer gender assignment or genital enhancement surgeries are done on children now than even ten years ago. But older people with intersex conditions often suffered the brunt of social and medical prejudices.

Trace was born in rural Victoria with Klinefelter Syndrome (or 47,XXY) and non-conforming genitalia. Like other intersex people born in the 1950s and 60s, her early medical records have gone missing, but four operations as a child left her without any genitalia.

“It was never explained to my mother. She was told I had a condition and that I would never have a child and it would be best for me to have operations ‘to clean up downstairs’,” Trace says.

Trace was raised as a boy but her father, a Jehovah’s Witness, physically abused her. She recently found letters from congregation members commiserating with her father at the time of her birth. “They wrote things like, ‘Jehovah will look after you but as for this child we are not sure’.”

Trace was eventually made a ward of the state but placed in a girls’ home while she went to school as a boy. She refused to attend sports classes, preferring punishment to having to undress in changing rooms.

She was placed on male hormones but later began to question her gender and stopped taking the hormones. After a period of gender confusion in her twenties, she eventually chose to adopt a female identity and name. “If there was choice in life I certainly would have lived androgynously but society was so gender-driven in early days.”

Trace now runs a successful business and owns property and counts herself one of the lucky ones because “many older intersex people don’t manage to fight off poverty and depression and some take their own lives”.

Every intersex condition causes different physical manifestations and requires different management. Women with Complete Androgen Insensitive Syndrome are often tall and striking with slightly masculine or angular features and ageless skin. Famous actresses, models and athletes are known to have the condition. 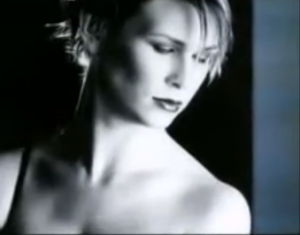 Christy North, now 34, was diagnosed with CAIS when she was two and had internal, “non-functioning” testes removed. At 12, she found out she wouldn’t have a period or babies, and because her gonads had been removed, was put on a lifelong estrogen replacement course.

Hospitals now rarely remove the gonads of women with CAIS but North doesn’t blame the hospital. “I am more than happy to be female. I don’t have a choice. I was born a female. I am XY. But I can’t become male. I have female parts. Just not the internal makings of a female.”

North says, “In 20 years they will know what happens when you take HRT for 50 years. We also don’t know what would happen if I stopped taking it. I just think what I do now could help those in the future. I don’t want to see myself as a guinea pig, but I guess I can be.”

Parents face extraordinarily difficult decisions about what treatments they permit soon after the trauma of learning their baby has a condition.

Andie Hider, vice president and medical liaison representative for the AIS support group of Australia (AISSGA), knows a couple “torn apart by grief because of a wrong decision [about gender] made when the child was young.”

Different parents make different decisions about the same condition because of different cultural biases and prejudices. Michelle Hoare, president of the CAH support group of Australia, says, “You don’t want your child to look different. That’s one of parents’ main concerns.” Hoare poses the most difficult question, “Would you terminate a child that has abnormal genitals?”

OII Australia president, Gina Wilson is concerned that prenatal screening and ultrasounds may be leading to an increasing number of terminations of fetuses with intersex conditions.

Anne, a parents’ representative for AISSGA, whose daughter has CAIS, says “You think it is the end of the world when you first find out and then you find out they can still lead a happy fulfilling life regardless.”

In fact there are people with intersex conditions on company boards, winning Olympic medals and contributing at every level of society. But stigma surrounding the diagnosis persists and most intersex people still prefer not to publicise their conditions.

Associate Professor Sonia Grover, director of the Department of Gynaecology at the Royal Children’s Hospital, said stigmatisation was still a big problem. “We would never have one of our patients [with a disorder of sex development] as the face of a Good Friday appeal because of the stigma associated with the diagnosis.”

Mani Mitchell, president of Intersex Trust Aotearoa New Zealand, says “That’s what does the damage. Shame and secrecy. If we are going to change anything it is to help parents be comfortable with a child who is different. Helping parents find a different language to talk to their kids.”

Advocacy groups believe continuing use of the medical term “disorder of sex development” perpetuates stigma and helps persuade parents their child has a problem that needs to be fixed.

From 1 July, new federal Guidelines on the Recognition of Sex and Gender will allow Australians to tick a third box, the “X” box, signifying “Indeterminate/Intersex/Unspecified” on all government documents, including passports.

Hider goes on step further and asks, “Do we really need to have male or female on a drivers licence or a birth certificate?” She questions the need for all institutions to categorise people by gender.

Modern English retains remnants of grammatical gender in pronouns but an estimated three quarters of the world’s languages are ungendered.

Meeting people with PAIS is intriguing because the dialectical energy that defines genders is absent. Intersex people often reveal the hypocrisy society attaches to ideas of opposing sexes.

Some intersex people see debates about different and same sex marriage as absurd. Hider points out with delightful irony, “Every relationship I have is going to be part heterosexual and part same sex.” Briffa jokes, “Maybe I can marry myself.”

Androgyny has always been valued in art and fashion, from the Mona Lisa to David Bowie and Lady Gaga. Yet intersex conditions are still stigmatised.

We value genetic excellence in Kenyan runners and marathon cyclists but cry “cheat” because a South African runner (and an estimated one in 421 female Olympians) might have a Y chromosome typical of women with CAIS.

Society advocates acceptance of racial difference but has trouble accepting sexual difference. “We don’t deal with racism by turning everybody black or white,” observes Mitchell.
The Sex Discrimination Amendment (Sexual Orientation, Gender Identity and Intersex Status) Bill 2013, passed in June, gives intersex people legal protection against discrimination for the first time in Australia. It also helps place Australia near the forefront of countries addressing intersex issues.
Public awareness in Australia was perhaps first promoted by Professor Garry Warne, former head of endocrinology at the Royal Children’s Hospital, who helped start the CAH support group in 1983 and the AIS support group in 1997.

But the intersex movement has only found voice internationally in the last decade. OII formed ten years ago but now has 32 branches on every continent. Lesbian, Gay, Bisexual and Transgender (LGBT) organisations added the ‘I’ for intersex issues in the last three or four years. The internet has catalysed the growth in awareness

“In an era of shame and secrecy the internet gave people the anonymity to connect without having to ‘out’ themselves. The intersex movement is exactly congruent with the growth of the internet,” Wilson explains.

The public re-emergence of intersexuality may teach contemporary societies to question binary attitudes to gender but also resist the instinct to control our genes.

Morgan, secretary of OII Australia, says, “Nature is not black and white. Nature is extraordinarily diverse and beautiful. We are part of that natural diversity… we are part of nature’s rich tapestry and we show how diverse the human species is.”

This article is by Andrew Bock – please do not reproduce online or in print without written permission. Photographs are used with kind permission of Phoebe and Christy.

This is a longer version of one of two articles published in The Age and Sydney Morning Herald, 20 June 2013.

We recommend reading our brief commentary on the published version.

In particular, genital surgeries still take place on intersex infants across Australia today. These issues are currently the subject of a Senate Inquiry on involuntary or coerced sterilisation.

Commentary on the article in The Age

Concluding submission to the Senate Inquiry on involuntary or coerced sterilisation

On the number of intersex people