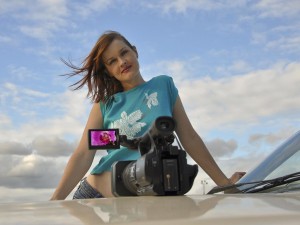 In the wake of some objectifying news coverage of intersex bodies in Australian, UK and international media, Phoebe Hart of the AISSGA writes an important piece on “My intersex body: more than an object of fascination or repulsion to be ‘fixed’” in the UK Independent newspaper.

While I am sure Dr Michael Mosely’s account of the children who live in Salinas, Dominican Republic in the BBC2 series “Countdown to Life – the extraordinary making of you” tries to be sensitive, the labelling of the variation 5-alpha-reductase deficiency by some media outlets reporting on the documentary as a “disorder” and the children as “astonishing” and “abnormal” is exoticising and pathologising. I acknowledge that it is hard even for people with an intersex variation to find the words to describe ourselves more generally, but the framing must change so that our diversity might be more readily accepted as natural…

For many of us, the pressing issues might not be so much about what doctors and scientists have to discover or say about our bodies, but the shame, stigma and secrecy we endure every day.

I strongly believe it is beholden on the media to attempt to describe people with intersex variations and their bodies as something more than a medical mystery or fabulous anomaly, and promote ethical debates and a re-visioning around what is considered to be aberrant and abject.

Read the full article in The Independent newspaper