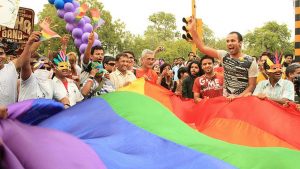 Overnight, the Asia Pacific Forum of National Human Rights Institutions has published an important guide to promoting and protecting human rights on the basis of sexual orientation, gender identity and sex characteristics.

The guide was written by Chris Sidoti and Jack Byrne. The Australian Human Rights Commission is a member of the Asia Pacific Forum, and Morgan Carpenter, co-chair of OII Australia, was a member of the reference group for this report.

It contains important information on the human rights situation of people with intersex traits, an overview of recent statements by human rights institutions, including UN Treaty Bodies, along with case studies and evidence from around Asia and the Pacific. Here are some points from the summary of the chapter on intersex:

Intersex people often experience human rights violations because their bodies are different. These include so-called ‘sex-normalising’ surgeries or hormone treatment on infants and children, that are medically unnecessary and typically performed when a child is too young to be involved in the decision-making process. These practices violate the right to physical integrity and have been described by human rights bodies as forms of torture or ill-treatment and as harmful practices.

It is good practice for intersex infants to be registered as either female or male at birth with the understanding that, like all people, they may grow up to identify with a different sex or gender. However, in this region, intersex people who have been issued a male or a female birth certificate do not always enjoy the same legal rights as others.

Some intersex people seek to amend their sex or gender details on of cial documents because those details were either inaccurate at birth and/or no longer reflect their sex or gender identity. Many face barriers trying to amend these details, which also undermines their right to recognition before the law. Some laws in this region only allow intersex people to change their sex details on official documents if they have had so-called ‘sex-normalising’ surgeries. This erases bodily diversity and undermines intersex people’s human rights.

Download the report via the APF webpage for this resource.