“We call for all adults to have the right to marry and form a family irrespective of their sex characteristics.”
Darlington Statement, March 2017

The country has voted in the postal survey on marriage, and we welcome the 61.6% majority ‘yes’ verdict, with a majority in every State and Territory. OII Australia hopes that Parliament will now legislate to enable every adult couple to marry, irrespective of their sex characteristics.

As the government subjected the Australian public through this very hurtful, expensive and unnecessary national voluntary postal survey about the rights of people like me to marry, it is reasonable to now expect them to honour its commitment and listen to the Australian people by amending the Marriage Act to remove the requirement that the only marriages legally recognised in this country are those between a man and a woman.

My wife and I married in New Zealand in 2013 and our marriage is legally recognised in many other countries including the United Kingdom, the USA, Canada, Ireland, Malta, the Netherlands, France and Germany. It’s time for Australia to join the 21st century.

We continue to support the right of all consenting adults to marry, regardless of their sex characteristics and regardless of their legal sex classification. While we recognise that the issue of marriage equality directly affects only some members of our community, we stand in solidarity with those who it does affect, both intersex and non-intersex people alike. This postal survey has only served to hurt and amplify the voices of hatred and abuse. We now expect Parliament to step up and allow for what is long overdue – marriage equality for everyone.

We thank those people who voted yes, and we thank those who abstained. We thank people who spoke up with respect. We thank the marriage Equality Campaign. We hope that people who voted no will find their fears to be unfounded. We recognise and regret that this has been a divisive process across the country. We acknowledge that intersex people are amongst those who have suffered abuse, and intersex people have been inaccurately portrayed as sharing a common sexual orientation, sex classification, or gender identity. We hope that Parliament will now act to ensure that all adult couples are able to marry, irrespective of their sex characteristics.

OII Australia has always supported marriage equality as part of our commitment to to promoting the rights of all people born with intersex variations. We have not rested or waited for others in our campaign for recognition of our equal right to bodily integrity. We hope that others will now seek to support us in that work. 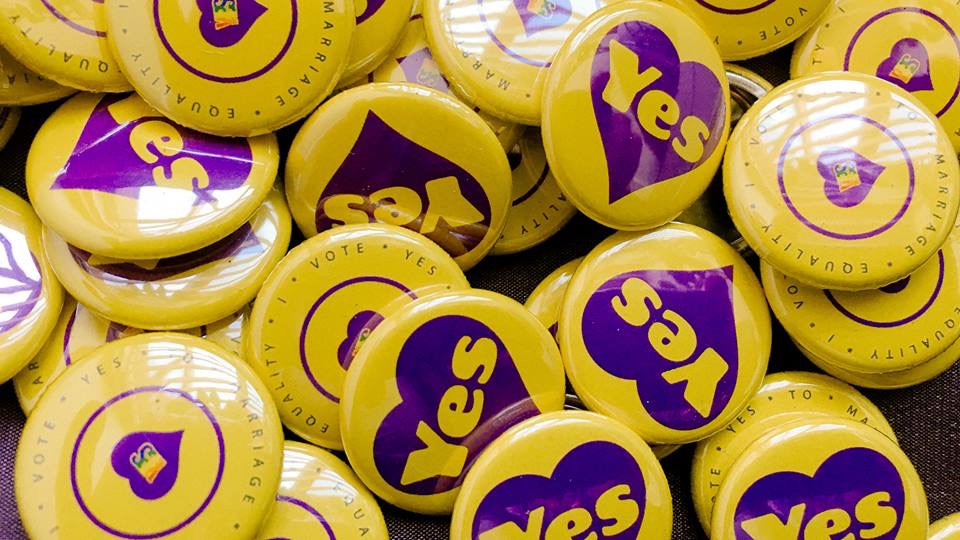