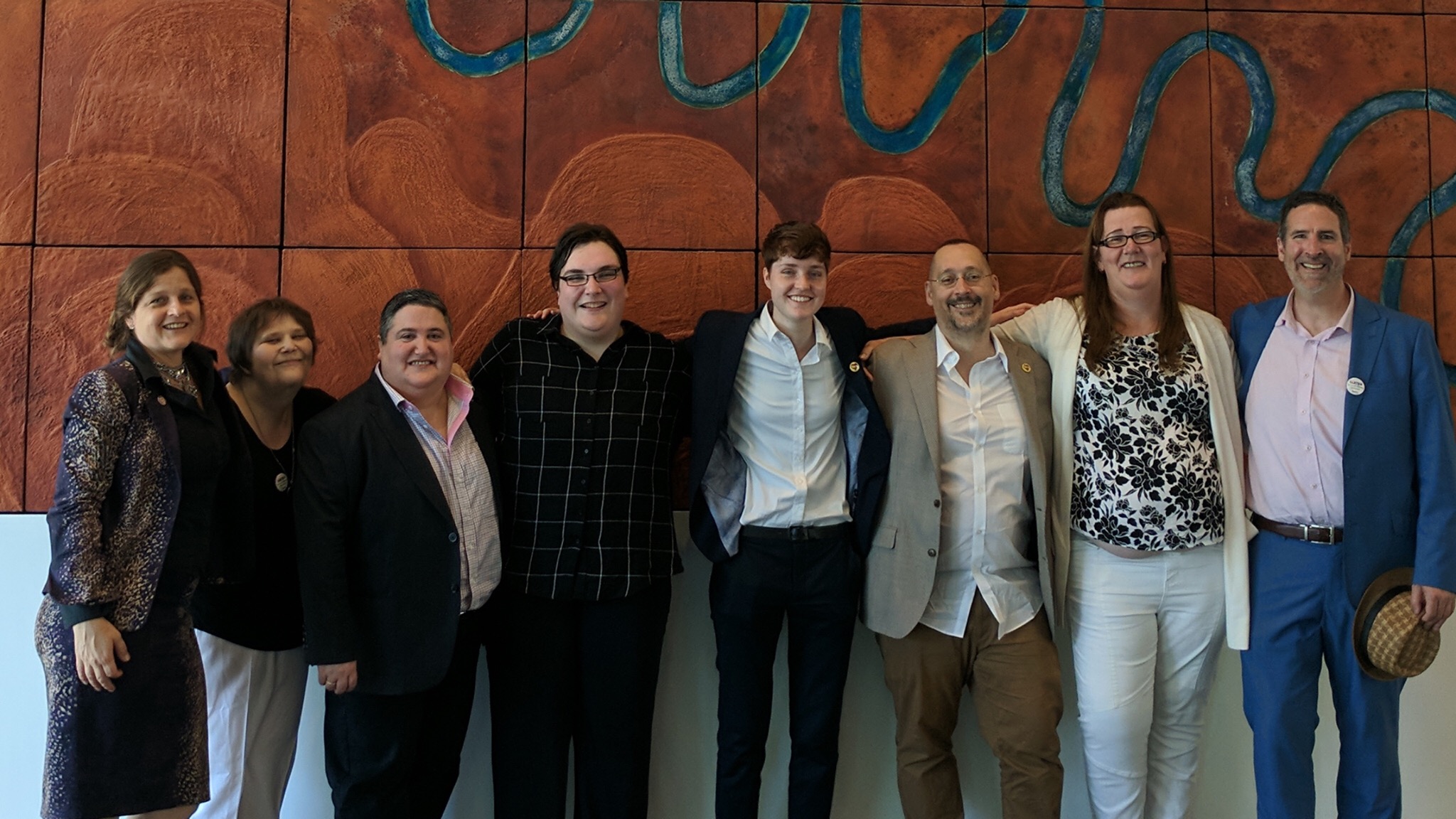 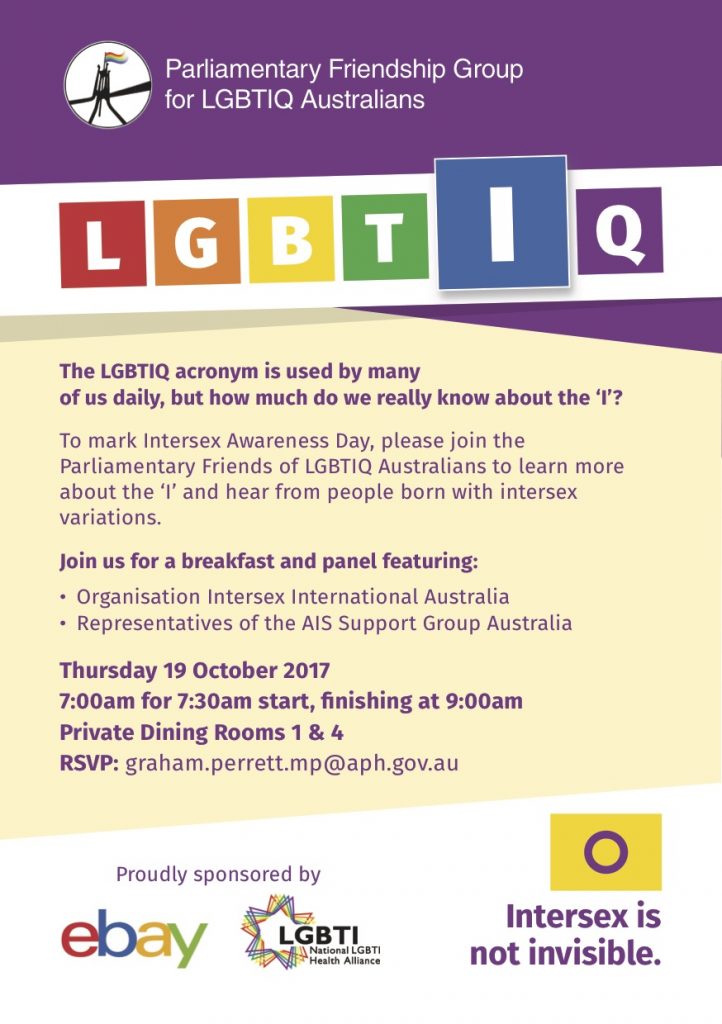 OII Australia was pleased to participate alongside the AIS Support Group Australia held a breakfast and panel at Australia’s federal Parliament House in Canberra on 19 October.

The event took place on the last joint (House and Senate) Parliamentary sitting day before Intersex Awareness Day on 26 October.

Around 20 Senators and Members of the House of Representatives attended the event. The two organisations gratefully thanked the event sponsors, eBay and the National LGBTI Health Alliance, and also the staff of Graham Perrett MP and Senator Janet Rice for their help in organising the event.

Graham Perrett MP spoke about the event in Parliament on Intersex Awareness Day: