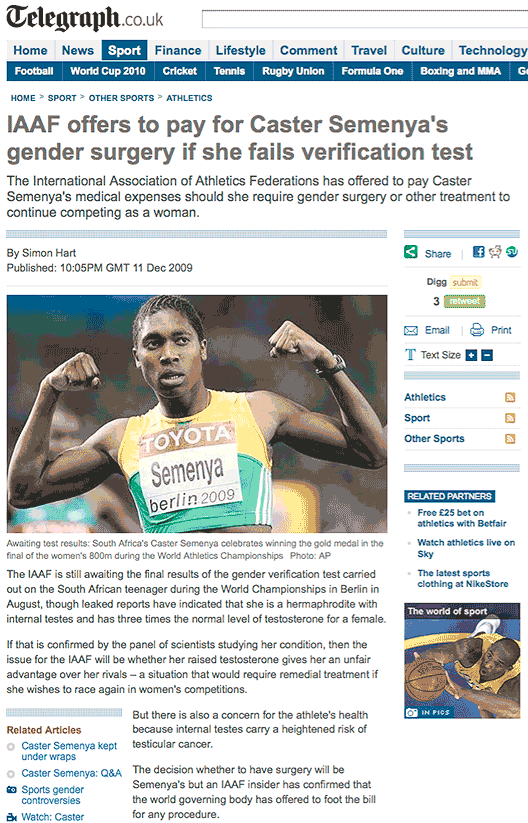 Disturbing news in the London Telegraph:

The International Association of Athletics Federations has offered to pay Caster Semenya’s medical expenses should she require gender surgery or other treatment to continue competing as a woman.

If that is confirmed by the panel of scientists studying her condition, then the issue for the IAAF will be whether her raised testosterone gives her an unfair advantage over her rivals – a situation that would require remedial treatment if she wishes to race again in women’s competitions.

OII Australia does not favour use of the term hermaphrodite, although some intersex people reclaim the term. It’s not generally appropriate (nor scientifically correct) for news media to use a term that many intersex people find demeaning.

If the IAAF is so desperately keen to know what Ms Semenya’s gender is, why do they not simply ask her if she is a woman or a man?

We find the idea that the IAAF may require Ms Semenya to undergo surgery to remove possible internal testes in order for her to continue competing inappropriate and completely unjustifiable.