Over the life of our organisation, IHRA has enormously benefited from the contributions to our board and leadership of a number of exceptional people. We thank our emeritus board members for their vital work. 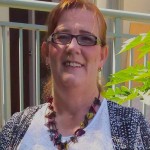 A woman with 47,XXY, Candice is a longtime advocate for change to diagnostic and treatment paradigms for XXY individuals based on personal informed consent. In 2013 she was a founding member of Beyond XXY Inc. She was first appointed to the board during 2014 and has played an active role in XXY support over that period. In more recent times Candice established The XXY Project a global support network for the 47,XXY community. Candice is our community events organiser in Sydney, and she also volunteers with various other organisations that operate within an LGBTIQA framework. Candice stepped down in November 2022.

Paul was told he had Klinefelter Syndrome (47,XXY) in 1994, at the age of 28. He was told he had an extra X sex chromosome, was infertile and would be administered testosterone injections for the rest of his life. That’s it. During the next twenty years Paul discovered much more about this condition and in doing so, discovered that having an extra X chromosome impacted his life in ways that had never been explained to him. In 2006, Paul spoke to staff at Melbourne’s Royal Children Hospital and it was here Paul met other people with 47,XXY for the first time. It immediately became apparent people with 47,XXY had no peer support and so, the Victorian Klinefelter Syndrome Support Group was formed. Since then, Paul has become a national advocate for people with X and Y sex chromosome variations, a member of the Victorian government’s Intersex Expert Advisory Group, the Australian Human Rights Advisory Group and has spoken at Intersex Awareness Day events, medical centres, municipal offices and attended an intersex parliamentary breakfast in Canberra. He has also spoken at the Better Together Conference in Melbourne and Sydney. Paul has also been interviewed on Joy FM and has been the subject of two media articles. Most recently Paul has become the Victorian IPSA rep, a member of the Melbourne Pride Centre community reference group and joined his local council LGBTIQ community reference group. He is also writing a memoir. Paul has overcome any of the obstacles inherent in having his intersex variation and is passionate about increasing awareness, overcoming misconceptions, eliminating human rights issues and enabling all intersex people to live happy, successful and fulfilling lives. Paul stepped down in November 2022.

Olympia is a prospective academic currently completing their Law Honours thesis. Their thesis discusses involuntary and coerced surgeries against intersex people with a particular focus on children’s rights and consent laws. They also provide peer support at SHINE SA, a sexual health and relationship wellbeing clinic located in Adelaide, Australia. Olympia is an active online advocate for social justice, with particular focus on LGBTQI+ rights, and creates art to provide representation to those living in marginalised bodies. Olympia stepped down in November 2022 to join our staff team.

Steph first joined the board in February 2017, then took a leave of absence at the end of that year to take a short-term position with the Australian Human Rights Commission. They returned to the board, and the role of co-chair, between December 2018 and November 2019. Steph is a lawyer, working in the field of human rights law in Canberra, and has been admitted to the Supreme Court of the Australian Capital Territory. Steph is a member of the Australian Capital Territory LGBTIQ Ministerial Advisory Council, a graduate of the Australian National University, and of the International Service for Human Rights advocacy training program for human rights defenders. Steph participated in the 2017 SBS Insight program on intersex. A 2018 Women Deliver Young Leader, Steph also gave a Power Talk at Women Deliver 2018 conference.

Appointed to the board from early 2018 until October 2020, Peter Low is an intersex man born with 47XXY. Peter is an advocate for people born with sex chromosome variations. Peter actively works to support the academic needs of youth and children on the X & Y Spectrum, through his work as a tutor and his development of learning tools and strategies for this demographic. Peter has completed studies in Paramedic Science at Queensland University of Technology (QUT). His long-term goals are to study 47XXY, and change the perspective of doctors and allied health professionals on intersex issues. Peter participated in the 2019 ABC You Can’t Ask That program on intersex.

Alex was born with an ambiguous sex and raised as female until age 18 at which time Alex was told of their intersex status and then realigned to male. Alex now identifies as gender non-binary. In 2018, they were awarded as intersex activist of the year at Brisbane’s Queen’s Ball Awards. Alex is a member of the Queensland Government LGBTI Roundtable and studies health science. Their story has been covered on Insight (SBS TV), and by Mamamia, and The Australian [$]. Alex has also written for SBS. In 2019, Alex participated in the ABC You Can’t Ask That program on intersex. Alex joined the board in July 2015.

Bonnie Hart is an XY woman and is also the president of the AIS Support Group Australia. She has many years experience talking with other intersex people about their experiences and issues. Bonnie is an interdisciplinary artists and performer. Her intersex story was first told publicly in the documentary she made with her sister, Orchids; My Intersex Adventure (2010).

Andie has partial AIS and has been involved in intersex advocacy and support since 1999. Andie has been a past president and vice president of the AISSGA, for many years holding the position of VP medical liaison, consulting with clinicians. She was also a committee member of the Genetic Support Network of Victoria between 2000 and 2005. Andie has served on the Victorian Government Attorney General’s GLBTI Ministerial Advisory Committee. She has published a number of articles about intersex and ethics, and is also published internationally on the subject of rule of law and human development.

Chris Somers xxy is one of the world’s first intersex advocates and our Vice President from founding until 1 September 2013. Chris went public on television in November 1995 on the 60 Minutes program, and has planted an intersex flag on the south pole. Chris holds a Masters in Education by Research from UWA and a diploma in photography; Phoebe Hart (Orchids, My Intersex Adventure) is a former photography student. Chris is a Former Honorary Guest Researcher and Fellow at the Combined Universities Centre for Rural Health (CUCRH) in Geraldton, Western Australia, where Chris has conducted groundbreaking work with primary healthcare practitioners.

Karin Gottschalk is an educator, filmmaker, journalist, photographer and writer, and was a founding director and secretary of OII Australia. Karin conceived, co-founded and was European Contributing Editor for a magazine on art, creativity and photography developed with the aim of changing Australian creative culture through storytelling in words and pictures. She volunteers for The Greens as the intersex member of their NSW LGBTI policy working group.

Gina Wilson was our founding president, from May 2010 until she stepped down from that position on 1 September 2013. She later held a position as vice-president. A retired engineer, Gina established the organisation and has worked to achieve legal change, develop constructive relationships with partners around Australia, and increasing awareness of intersex issues. Her testimony has been published by the Equal Rights Trust.