BRISBANE documentary-maker Phoebe Hart’s long-awaited film Orchids: My Intersex Adventure will show in Sydney on Wednesday 23rd February 2011 at 7pm at the Dendy cinema in Newtown. 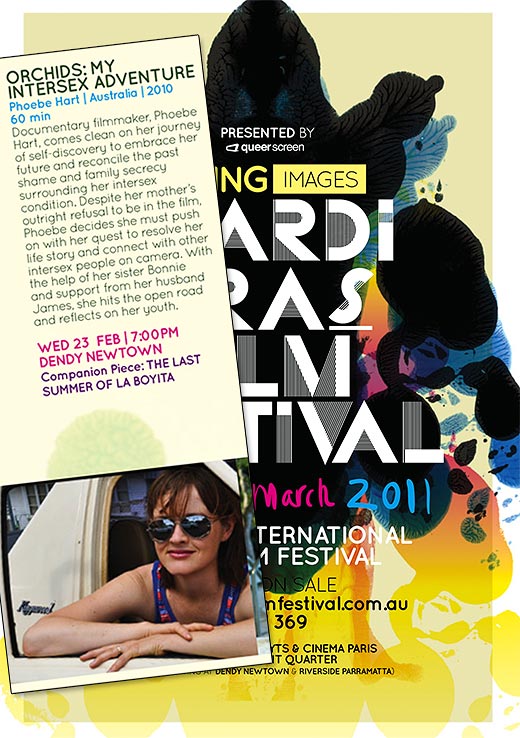 "Orchids: My Intersex Adventure" shows at the Dendy in Newton, Sydney, at 7pm on Wednesday 23rd February 2011.

Orchids is being shown as part of the 2011 New Mardi Gras Film Festival, Sydney’s premier event for film-goers wishing to see features and documentaries made on LGBTQI-related topics.

Besides Ms Hart herself, the film features other intersex people such as her sister Bonnie and OII Australia board member Chris Somers xxy.

Orchids is the first in-depth film about being intersex to be made by an intersex Australian.