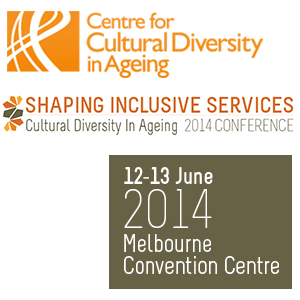 Tony Briffa was a keynote speaker on “Being an intersex, queer and ethnic community leader in a diverse, multicultural city” at Cultural Diversity in Ageing 2014 Conference: Shaping Inclusive Services on 13 June 2014. The event was held from 12-13 June at the Melbourne Convention Centre, Victoria:

Tony spoke about the diversity within the City of Hobsons Bay, the way the diversity she embodies affected her election to the council and work she did, the way the community responded to her as Mayor, and the challenges of being a publicly elected official when you are also intersex, queer and ethnic.