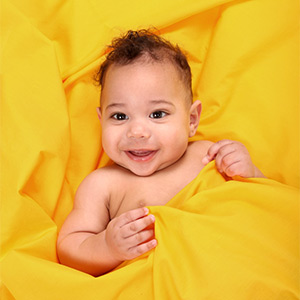 We acknowledge the constructive intent of the ACT government in reforming Births, Deaths and Marriages legislation today. We warmly welcome the increase in time limit for registration of a birth, and the likely absence of any necessity for clinical treatment for intersex people who may wish to change classification. We welcome the naming of a third option as ‘X’ rather than ‘intersex’. Our internal evaluation of data on existing X classifications tells us that this option is favoured by more trans people than intersex people.

Following our discussions with the ACT government, and opposition, we have two broad remaining concerns.

The definition of intersex that has been adopted is too broad for such legislation, and is currently being used to justify the position of a trans person who seeks classification by the High Court as intersex. In our view, a narrower definition is necessary to secure the development of appropriate health and human rights policies in respect of intersex people. Those health and human rights issues are distinctly different to those of people with unambiguous sex who wish to change their sex or gender marker.

The planned definition comes from the Sex Discrimination Amendment (Sexual Orientation, Gender Identity and Intersex Status) Act 2013, an Act where an authenticity test would create unnecessary barriers preventing a person perceived to be intersex from gaining protection from the law. Associated guidelines by the federal government explicitly recognise intersex as a congenital state. In our view, the proposed definition in ACT legislation should do the same. Recognising that intersex is a congenital state does not imply that it must be acknowledged from birth; simply that it exists from birth.

In correspondence with the ACT Attorney-General, Simon Corbell, the congenital nature of intersex has been acknowledged. The Minister has written that, “The government recognises that, by definition, ‘intersex’ is a biological condition and that a person cannot undergo clinical treatment to become an intersex person.”

This statement is welcome, and we hope that this issue will be raised explicitly in the Assembly today.

The best interests of the child

The overwhelming majority of intersex people are comfortable with a male or female assignment, and we do not wish for intersex infants and children to be mis-assigned to an experimental, stigmatising third category. For example, persons with a third sex marker will be unable to marry, may be “outed” at school, will be unable to participate in team sports at school, or travel to the United States.

In common with other intersex-led organisations, a number of whom have agreed a common statement on the issue, we do not welcome assignment of intersex infants and children to a third classification. Copies of the community consensus statement are available in English, traditional Chinese, Dutch, French, German and Spanish via our own report on the statement.

In correspondence, the Attorney-General has acknowledged that that sex assignment in infancy is often a pressured situation. Indeed, a peer-reviewed article by clinicians in the field published just last month described the birth of an intersex infant as a “challenging clinical emergency“, and described levels of parental post traumatic stress as comparable to the stress faced by parents of a child diagnosed with cancer.*

We do not believe that the implications of this are well understood, including by trans and other allies; deeper consultation is needed with intersex-led organisations. The Minister has commented that, it is into this pressurised environment that the government proposes a third category to “reduce the risk that parents will subject their child to gender assignment surgery or other medical procedure to match the child’s physical characteristics to the chosen sex“.

Our experience and our considered view as an intersex-led organisation, is that it is far more likely that parents of an intersex infant will feel incentivised to avoid an experimental or third classification at all costs. Surgery to assign a gender is, contentiously and mistakenly, often done “in the best interests of the child”, for rationales that include stigmatisation and parental distress.

Further, if a government is serious about reducing the risk of gender assignment surgery, then it will legislate and regulate specifically on that issue. We, and directors of OII Australia and AISSGA independently, have approached the ACT government on this matter over a period of more than a decade.

We understand that the government does not wish to introduce an arbitrary limitation which “may discriminate against older children“. We believe that an informed consent approach is acceptable and desirable.

We hope that these issues will be discussed in debate about the legislation today.

We have to respect the decisions of the government in these matters, but we hope for acknowledgement of our concerns, and an intention to address them.

We hope that speakers during today’s debate will refrain from simplistic analysis and claims that a third classification will improve lives for third-gendered people. This is unproven and unlikely, any more than two classifications improve the lives of women.

Watch the Assembly debate on the Births, Deaths and Marriages Registration Amendment Bill, as it happened.

We accept the outcome of today’s debate, and thank the Liberal opposition leader, Jeremy Hanson, for his kind and detailed acknowledgement of our concerns. We thank the Attorney General, Simon Corbell, for listening to our concerns (if not articulating them) but we are particularly concerned that he believes that this matter concludes any legislative activity for the intersex and LGBTI communities.

There is much work left to do, given that parental choice, and medical recommendation, still results in genital “normalisation” interventions on intersex infants – interventions that have been condemned by the UN Special Rapporteur on Torture, and that are the subject of a Senate Committee report.

This statement will be updated further once the Hansard record is published.