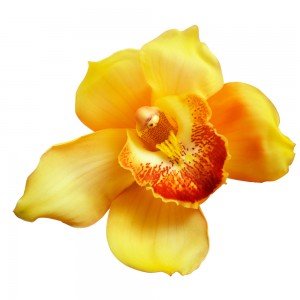 This is the text of a speech given on intersex and ageing to a local NSW audience on Monday 2 February by Morgan Carpenter. It follows the 2012 publication of an intersex-inclusive national strategy for LGBTI ageing and aged care. A massive subsequent shift in terminology from LGBT to LGBTI hasn’t been matched by an increase in understanding or action. This speech addresses some of these issues, and it begins after an acknowledgement of country.

I’m going to cover a fair bit of ground quickly, including some basics, intersectionalities, history and impact, and a few carefully chosen examples, to illustrate relevant issues.

People with intersex variations are born with atypical physical sex characteristics. Many intersex variations exist; intersex is a spectrum or umbrella. A German researcher states they “comprise a heterogeneous group … with at least 40 different entities of which most are genetically determined. An exact diagnosis is lacking in 10 to 80% of the cases” (Hiort, 2013). It can mean a different number of sex chromosomes; different physical responses to sex hormones; or different developmental hormone balances and anatomies. It includes many varied kinds of bodies.

Intersex people face a range of health and human rights issues, and deep-seated stigma, caught between two contrasting visions of who and how we should be.

On the one hand, this includes medical interventions in infancy and childhood, explicitly intended to make intersex bodies conform to social norms for a specific sex or gender. On the other hand, we increasingly face misgendering, through expectations to identify as a third gender or sex, to transgress gender norms.

Discussions about intersex often use intersex to deconstruct sex, gender and heterosexuality, rather than address actual human rights issues and medical ethics.

The key issue for most intersex people is not the existence of two sexes, but what is done to us to make us conform to narrow classifications.

Since 2006, intersex variations have been “disorders of sex development” (Houk et al, 2006), a label and clinical approach which has seen increasing medicalisation of bodily diversity simply where it is atypical, not for any coincident medical issues.

Intersex inclusion in LGBTI recognises that we all face stigma because of social expectations about what it means to be a real man or a real woman. But not all inclusion is relevant, meaningful or respectful. That includes:

These issues complicate intersex research, and healthcare, and our own community development. These approaches ignore our histories; they replace our histories with something other.

Historicized as hermaphrodites, greek gods or monsters, in practice intersex has been more often a case for infanticide or the freakshow.

Prior to the 1950s the local situation is illustrated by the annulled marriage of a Melbourne woman described as “congenitally frigid”, unable to adequately participate in heterosexual intercourse (Richardson, 2012).

For a full half century from the 1950s, an “optimal gender model” enacted a belief in nurture, and the malleability of human identity: the genitals of intersex infants were aligned with sex of rearing; to ensure they and their partners don’t have gender issues. Secrecy was the norm, maintained into adulthood, sometimes throughout life, to ensure “normal” physical and psychosocial development (Swiss National Advisory Commission on Biomedical Ethics, 2012). Other people were often told that they would never meet anyone else with the same variation (Senate, 2013).

Surgeries were also heteronormative, to prepare bodies for heterosexual intercourse.

Elements of this are still true: secrecy is supposed to have ended in the new century, but specialist clinicians still believe that boys need to stand up to urinate, and larger clitorises need to be surgically reduced (APEG, 2013).

Legal frameworks, including those on FGM, still permit these interventions. A key 2006 clinician paper defined “psychosocial” therapeutic rationales as including “minimizing family concern and distress”, and “mitigating the risks of stigmatization and gender-identity confusion” (Houk et al, 2006).

The main relevant clinician organisation still supports and recommends infant surgery to “allow the child to develop without the psychosocial stigma or distress which is associated with having genitalia incongruous with the sex of rearing” (APEG, 2013).

Surgery is “given” for psychosocial rationales that, in Victoria, even aim to improve marriage prospects (Victoria, 2013). All such rationales entangle issues of gender identity and sexuality.

A 2014 medical paper still describes an intersex birth as a “challenging clinical emergency” (Pasterski, 2014), while another in 2013 questions how psychological support for parents and children, based on an ideology of self-acceptance, can co-exist with the “centrality” of surgical interventions (Liao and Simmonds, 2013).

Justifications include claims of improved surgeries. There remains a weak evidence base, acknowledged by a 2013 Senate Community Affairs Committee inquiry into the “involuntary or coerced sterilisation of intersex people in Australia”. It acknowledged the erasure of intersex differences; and found there is no long term follow-up here. It was “disturbed” by medical preconceptions of normality, and it stated, the status quo is unacceptable – but its recommendations have not been implemented.

Where to, from here?

What does it mean to go through such surgeries? And what does that mean for an LGBT framework that might deliberately grow to include people with intersex variations?

Much intersex advocacy work necessarily focuses on ending surgical and hormonal interventions on infants and children that still continue today. But what of the people who that leaves behind? Those of us who have gone through those interventions? And what lives have we had?

The philosopher Miranda Fricker (2008) describes “epistemic injustice”, produced by a lack of knowledge, where testimony and lived experience is devalued through the characteristics and powerlessness of a speaker. It includes a form, “hermeneutic injustice”, where someone with lived experience is unable to even make sense of their own social experiences. A chosen example for us here, today is:

the difficulty of making sense of homosexual desire as a legitimate sexual orientation in a cultural-historical context where homosexuality is interpreted as perverse or shameful.

While this describes the situation of LGB elders, it’s also a powerful description of the impact of twentieth and twenty first century treatment models for intersex variations; the impact of shame, isolation, and secrecy. That secrecy leaves no words to name the experience. This even reflects my own story, unable to find a name until years after medical intervention. It’s exacerbated by identity-focused misconceptions about intersex, and perpetuated by changes in clinical language.

Clinicians argue that current practices are ok; surgical techniques have improved, but even still they have “particular concern” about post-surgical sexual function and sensation (APEG, 2013).

The writer Iain Morland has personal experience of multiple surgeries, leaving him with little genital sensation. He talks about what he calls “queer hedonistic activism”, which again is relevant for today, and one that speaks to me (Morland, 2009).

Sex is for pleasure as well as reproduction. More than that, he quotes David Halperin, saying that gay sex can transmute social degradation into experiences of pleasure. Morland (2009) argues that, “queerness is characterized by the sensory interrelation of pleasure and shame”, but contrasts hedonism with the experience of insensate intersex bodies. The process, he argues of “normalising” surgery not only fails to “naturalise” intersex genitalia, it “denaturalises” it:

The scalpel lends the surgeon’s touch a force of which durability is an effect… changing for life the patient’s genitalia… Later, as the pain of wounds fades, the formation of scars constitutes a visual record of the cutting that anesthesia has hidden from the patient’s memory.”

…the postsurgical body neither remains intersex nor becomes convincingly nonintersex. It is readable incongruously as both at once. The lived experience of this is that one’s sexual anatomy seems both glaringly unusual and yet brutally normalized — one reason why postsurgical individuals may be fearful of sexual relations. Surgery can leave one unsure as to whether an explanation for one’s genital appearance and function needs to be offered to sexual partners — and if so, whether such an explanation should presume that partners have already noticed the effects of intersex, of surgery, or of both.

What concerns should we have about the adults who have experienced apparently “obsolete” surgical practices, say, prior to the last decade?

Those of us left without, or with diminished sexual function? With secrecy and epistemic injustice?

With experience of trauma comparable to women with a history of physical or sexual abuse, and its impact on work and home lives?

A lifetime of post-sterilisation hormone treatment, something poorly understood and researched? A legacy of early osteoporosis, and repeat surgeries to correct failed early surgeries?

For many, a lifetime felt blighted by infertility? With inadequate follow-up, and absent psychological support? A well established tendency to avoid healthcare, following early experiences?

Those people who have survived, and survived medicalisation, are now retiring.

Over those same lifetimes, the experience of same sex attracted people is one of extraordinary social change, but much of that islands LGB elders; many still experience similar issues of trust, shame, and even secrecy in hiding relationships.

But, for us, how has it actually changed? The evidence I see is that there’s a continued experience of isolation, of shame, secrecy and trust issues, unassuaged by parallel developments for LGB and T people. Certainly, simply coopting us into an LGBT experience hasn’t changed that. LGBT research is generally not yet framed to address our issues of epistemic injustice; questions don’t consider our bodies and our history. Instead, they simplistically assume we’re the same.

Our elders’ life experience – with their diverse gender identities and sexualities and, above all, their experience of medicalisation – is often one that has not directly benefitted from hedonistic activism. It often doesn’t identify with that, nor feel it belongs to it.

Our lifetime experience of difference includes a difference from you. It often, particularly given the age groups we’re talking about, includes a fear of association with LGBT, born of the same lifetime of stigma, including internalised stigma.

The sexual revolution begun by the baby boomers isn’t over without us; our issues need deliberate attention.

A global intergovernmental and civil society conference on LGBT in Washington last year talked about a global shift from LGBT to LGBTI. The civil society statement said:

As governments, donors and civil society add the “I” to “LGBTI,” there must be deliberate discussion of what this means in each region and country of engagement. This must include recognition that the intersex movement is in many ways a distinct movement, with distinct issues and an often different group of people (Council for Global Equality, 2014).

That intersex movement is still forming, and that deliberate discussion must involve deliberate inclusion. It’s not clear this has happened.

We have to move beyond inclusion by acronym and start to have those deliberate discussions. And that can’t happen while intersex-led organisations are unfunded, and work entirely on volunteer time.

This is a personal speech by Morgan Carpenter, president of OII Australia.