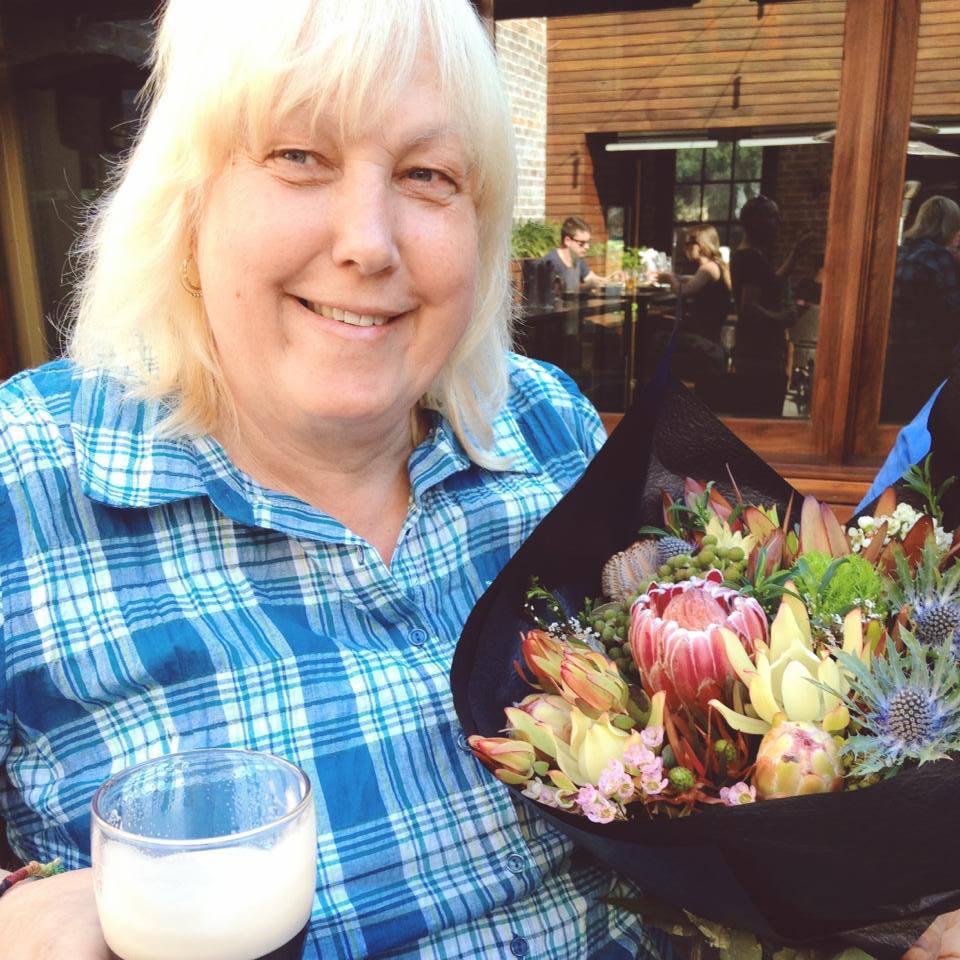 OII Australia held its Annual General Meeting today, and appointed a new board.

We would like to publicly recognise, honour and thank Gina for her commitment to the organisation over many years. Gina possesses skill, tenacity and commitment. She co-founded OII Australia, and her intersex advocacy work has been groundbreaking both for Australia and internationally. In particular, our work this last year has seen many longstanding actions come to fruition. It’s been an exhilarating – and somewhat exhausting – roller coaster for all of us, including:

We respect Gina’s contribution and achievements, and will miss her insightful and active contributions to the organisation. Gina has accepted the position of Honorary Member for Life.

Chris Somers steps down from position of Vice President

Chris Somers xxy remains on the board but has stepped down from the position of Vice President. Chris is one of the first intersex advocates anywhere, not just in Australia. Chris went public on television in November 1995 on the 60 Minutes program, and has planted an intersex flag on the south pole.

Chris holds a Masters in Education by Research from UWA and a diploma in photography; amongst his former photography students is Phoebe Hart (Orchids, My Intersex Adventure). Chris is a Former Honorary Guest Researcher and Fellow at the Combined Universities Centre for Rural Health (CUCRH) in Geraldton, Western Australia, where he has conducted groundbreaking work with primary healthcare practitioners. We’re grateful for Chris’s continued presence on the board.

Internally, we have operated far beyond our capacity over the last year, but we’ve also operated with a high degree of professionalism, commitment, teamwork and success. OII Australia has also evolved ever closer working relationships, and overlaps in membership, with the Androgen Insensitivity Syndrome Support Group Australia.

We have also spent much of the last year in transition, with new organisational leaders stepping up in both public and private roles to help achieve recent successes. Gina will leave a very significant hole, but the organisation is in better shape now than it has ever been.

The organisation is moving towards gaining full charitable status, and a key priority now is to improve our capacity, through the employment of paid staff, to provide education, information, advocacy around legislation, health and human rights issues, and provide peer support.

Morgan Carpenter takes the role of President of OII Australia. Morgan migrated permanently to Australia in 2005 and has been active with OII Australia since 2009, prior to establishment as a not-for-profit company. He has a social and economic policy research background. Previously a board member and Secretary, Morgan wrote our submissions to both Senate Inquiries on anti-discrimination legislation, and our several submissions to the Senate Inquiry on involuntary or coerced sterilisation. He also participated in Senate hearings, and took a key role in discussions with government ministers and other politicians. Morgan is also a member of the National LGBTI Health Alliance’s Intersex, Trans and Gender Diversity Working Group, and Mental Health Working Group.

Tony Briffa was elected to the role of Vice President and Secretary. Tony is a councillor, former mayor of Hobsons Bay in Melbourne and also one of Australia’s first intersex advocates, going public on 60 Minutes in 2000. Tony was the first openly intersex person elected to public office and the world’s first openly intersex Mayor. Tony has been an intersex advocate for over 14 years, and is a former president of the Androgen Insensitivity Syndrome Support Group Australia. Tony is currently the Vice-President (having been on that board continuously since 1999). Tony is also a Bail Justice and Justice of the Peace, a member of the Victorian Ministerial Advisory Committee on Gay, Lesbian, Bisexual, Transgender and Intersex Health, and a former President of the Genetic Support Network of Victoria. For more information, visit Tony’s website at www.briffa.org.

Other board members, who wish to maintain a degree of anonymity include IB, our treasurer, who holds a doctorate in a health discipline, and Karin, a digital media specialist.

Gina Wilson you are a legend and the work you have done for the Intersex movement for both OII Australia, its Executives and its Board and Intersex community Australia wide and elswherehas been invaluable in furthering the great work you and team undertook while also continuing the building of bridges with others both in Government and elsewhere, whereby the increase in Allied Supporters has been massively encouraging. Thus proving that where there is a will, there is a way to achieve without angst even where there are inevitably differences of opinions which can be healthy to have, where constructive.

I thank you personally from the bottom of my heart, as I am sure many others do as well, whether or not they may be Intersex too across the spectrum of human endeavor. Your courage and that of all those you have worked with to draw further support of significance can only but further the understanding of all who are Intersex and the importance to achieve an appropriate place within society. One that is based on Equity of Tenure, Human Rights, Informed Consent, Listened to and Included within any debate that Affects and Effects their lives and taken seriously for their Concerns and Issues and much more.

None should feel shame for being intersex nor forced under the proverbial carpet but accepted as an equal fellow human being in the range of peoples that make up the whole of humanity. The Intersex person amongst others should never be disenfranchised by anyone whosoever they are due to their bodily differences, etc.

I wish the new OII Executive well in continuing the good work of Gina and others as well as the new incoming President Morgan Carpenter and Vice President Tony Briffa and its Board in guiding OII continually forward in the wonderful work they all do, individually and collectively together with its members and others outside of it.

I am from the USA and I consider Australia the leader in the world right now in intersex rights. This directly comes from your hard work and a never give up attitude. You set the bar for the rest of the world.

Thank you Gina for being a fearless trailblazer. And enjoy the days off!