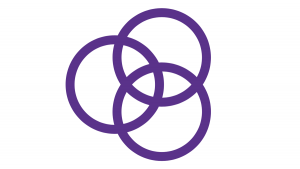 As described by the scholar Kimberle Crenshaw, intersectionality describes the ways that different forms of injustice intersect in ways that compound experiences of discrimination and violence. For example, in a 1991 paper she describes how “the experiences of women of color are frequently the product of intersecting patterns of racism and sexism” which “tend not to be represented within the discourses of either feminism or antiracism” so that “women of color are marginalized within both”.

Intersex exists as an intersection between different forms of discourse in precisely this way. In particular in discourses on the rights of women and experience of gender-based violence and gender stereotypes, discourse on LGBT or even LGBTI identity, on disability and on racism. Intersex people are marginalised within each of these discourses, that is, conceptions of what it means to experience sexism, heterosexism, ableism and racism do not adequately address many of the lived realities faced by intersex people.

Intersex people experience sexism and misogyny, and suffer the impact of gender-based violence, including in medical practices that impose gender stereotypes. For example, a judge in a 2016 Family Court of Australia case described a child’s “Minnie Mouse underwear” and braided hair as part of a justification of her sterilisation (Carpenter 2018a). Gender stereotypes are also evident in beliefs that men need to be able to stand to urinate (Carpenter 2018a). Intersex genital mutilation can involve the same types of medical intervention as those in female genital mutilation, and for the same rationales about gendered social norms and capacity for relationships (IHRA 2018), yet intersex people are marginalised within such discourse (Ehrenreich and Barr 2005). In 2018, the UN Committee on the Elimination of Discrimination against Women (CEDAW) called for Australia to prohibit such interventions without personal consent, describing them as harmful practices.

Heteronormativity also lies behind forced and coercive medical interventions. Clinical journals cite purported “gender identity confusion” and ideas about sexual behaviour as rationales for these interventions. The idea that a child might grow up to be non-heterosexual, or might not identify with a surgically or hormonally-reinforced sex is discounted in medical discourse (IHRA 2018).

Yet, at the same time, LGBT and even LGBTI discourse is typically framed around the rights of persons with particular sexual orientations and gender identities, so the experiences of heteronormativity encountered by people born with variations of sex characteristics are marginalised. Ideas that intersex is a matter of sex classification and identity recognition have taken hold, even while most intersex people do not identify with third sex or gender categories, and recognition of the diversity of our actual social and legal identities is undermined by association. A focus on our meaning for sex and gender categories often overshadows more intractable and widely shared concerns and issues (Koyama and Weasel 2001). The idea that people born with intersex variations might experience human rights violations before we even have agency to express a non-normative identity is discounted (Carpenter 2018b).

Intersex people also experience ableism and the full force of the medical model of disability. Since 2006, our bodies have been clinically framed as having “disorders of sex development”, and this justifies human rights violations. The social model of disability also applies to intersex people: we may have innate or iatrogenic (caused by medicine) impairments, but it is the way we are treated and marginalised in society because of our characteristics that creates barriers to our full participation in society. We may have specific health issues that are overshadowed by a focus on our physical sex characteristics. This intersectionality is well understood by IHRA and many Australian disability organisations (for example IHRA 2017; IHRA 2018; DPOA 2018), but it is otherwise poorly recognised.

The racialisation of different populations also has a relationship to the ways that intersex people are treated. Intersex bodies became medicalised at the same time as women and sexual minorities, but these processes of medicalisation also problematised racialised difference and “transmutation” (Reis 2012). Different racialised populations have been seen as masculinised or feminised in comparison to white women and men (for example, see Mogul and others 2011). In sport, black and other non-white women have come under particular scrutiny (Karkazis and Jordan-Young 2018).

In this sense, policies and practices aimed at tackling sexism and misogyny, heterosexism and transphobia, ableism, and racism may frequently fail to address the specific realities of intersex lives – even where they are claimed to be relevant to, or designed for, intersex people.

CEDAW (Committee on the Elimination of Discrimination against Women). 2018. ‘Concluding Observations on the Eighth Periodic Report of Australia’. CEDAW/C/AUS/CO/8.

Karkazis, Katrina, and Rebecca M. Jordan-Young. 2018. ‘The Powers of Testosterone: Obscuring Race and Regional Bias in the Regulation of Women Athletes’. Feminist Formations 30 (2): 1–39.

Some of these themes were the subject of a presentation by Morgan Carpenter to TheMHS Conference in Perth in August 2014.