Five years ago today, Organisation Intersex International Australia Limited was officially registered by the Australian Securities and Investments Commission as a not-for-profit company. We later obtained status as a Public Benevolent Institution, and we remain a volunteer-run organisation, without core funding, nor any significant public or philanthropic funding.

Over time, the organisation brought together as members a number of Australia’s earliest and most visible intersex activists: Tony Briffa, Michael Noble and Chris Somers. We’ve also welcomed new board members. Thank you to everyone who has held member and board positions, including IB and CeeCee Cody.

We celebrate all our founding and early activists, new members, and all the people we’ve worked with to date. Thank you to our many partners, friends and allies, including AISSGA, GATE, Human Rights Law Centre, ILGA, MULABI, National LGBTI Health Alliance, NSW GLRL, our sibling OII affiliates, Transgender Victoria, Victorian GLRL, and other intersex and LGBT advocates, parents and family members.

Our work seeks to promote the human rights and bodily autonomy of people with intersex variations, improve health outcomes, end non-necessary forced medical interventions, and recognise the diversity of intersex bodies, identities and life experiences. Some notable events and highlights include:

August 2009: Gina Wilson, for OII Australia, makes a submission on marriage equality to the Senate.

August 2009: OII Australia thanks Corey Irlam for his allyship.

7 November 2009: Gina Wilson gives a speech to the Equal Love Rally in Canberra.

2009: Karin publishes a series of investigative articles on Lili Elbe and Morgan writes on testosterone.

6 May 2010: The company is officially incorporated. The founder members and directors are Morgan Carpenter, Karin Gottschalk, Jo Proctor, Priscilla Quirk, Chris Somers and Gina Wilson. Gina is the founding president.

12 May 2010: Michael Noble writes on representations of Klinefelter Syndrome.

2010: The movie Orchids, My Intersex Adventure, by AISSGA’s Phoebe and Bonnie Hart, is released. It includes segments with Chris Somers and Tony Briffa. 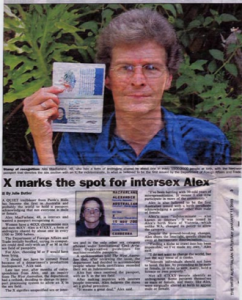 19 December 2011: Labor becomes the first Australian political party to add intersex to its party platform. This is possibly a world-first.

December 2011: OII Australia thanks Senthorun Raj for his allyship. 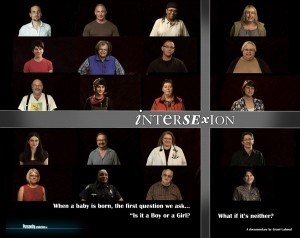 4 May 2012: Gina speaks to a Senate inquiry on marriage equality.

7 June 2012: Gina and Morgan, with Michelle O’Brien, make a submission on the DSM-5 and SOC-7, which includes people with intersex variations (as people with “disorders of sex development”) in the Diagnostic and Statistical Manual of Mental Disorders, 5th edition, if we disagree with our birth sex assignments. Senator Louise Pratt kindly writes a foreword.

September 2012: The federal government proposes to include intersex within the definition of “gender identity” in anti-discrimination law. Over the following 9 months, Gina, Morgan and Tony each engage in advocacy work to ensure that, in place of that inclusion, a new and appropriate, independent attribute appears in law. 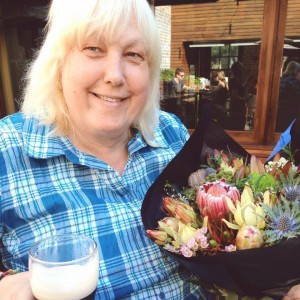 24 January 2013: Gina and Morgan speak to a Senate Legal and Constitutional Affairs Committee hearing on the Human Rights and Anti-Discrimination Bill 2012.

15 February 2013: Morgan makes our first submission to the Senate inquiry on involuntary or coerced sterilisation of people with disabilities in Australia. We make 5 submissions in total over the next 7 months.

February 2013: The Senate recommends an independent attribute of “intersex status” in anti-discrimination law, not subject to religious exemptions.

28 March 2013: Gina, Morgan and Tony take part in a Senate Community Affairs References Committee hearing, on the involuntary or coerced sterilisation of people with disabilities in Australia. Bonnie Hart and Sandra Perrin also participate for the AISSGA, with Gávi Ansara for the National LGBTI Health Alliance.

13 June 2013: We welcome federal guidelines on sex and gender recognition.

18 June 2013: Morgan is published by the The Guardian newspaper.

25 October 2013: The Senate Community Affairs Committee publishes a world-first parliamentary report on intersex health and human rights. Amongst 15 recommendations, it calls for the deferral of all non-necessary surgeries, including surgeries for social/psychosocial reasons, until the individual concerned can consent.

15 November 2013: Gina is shortlisted for an Australian Human Rights award, following a nomination by OII Australia.

29 November 2013: Morgan and Tony participate in the Third International Intersex Forum in Malta. This Forum makes a comprehensive community consensus statement about the movement’s priorities. 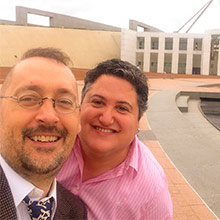 29 February 2014: OII Australia and AISSGA jointly participate in Sydney Mardi Gras. While individuals have walked in the parade before, this was the first time intersex people have walked the route together as a group.

25 March 2014: The first ever (and cross-party) speeches in the federal parliament on intersex health and human rights. Morgan and Tony watch from the Senate’s viewing gallery.

March 2014: Morgan participates (remotely) in the first ever UN Human Rights Council side event on intersex.

April 2014: Morgan makes a submission to the National Health and Medical Research Council on the ethics of genetic selection against intersex traits.

7 May 2014: OII Australia receives endorsement as a Deductible Gift Recipient and Public Benevolent Institution. This means that donations to OII Australia are tax deductible for donors. This status was backdated to 3 December 2012. 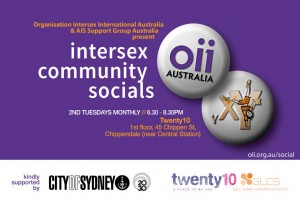 30 May 2014: OII Australia’s first ever print resources are published. These are followed, in September, by a world-first employer guide.

16 August 2014: Tony and Manja Briffa speak to a marriage equality rally in Melbourne.

September 2014: Tony Briffa speaks at a Senate hearing on the recognition of foreign marriages.

9 November 2014: OII Australia and our friends in the AISSGA participate in our first neighbourhood festival, in Newtown, Sydney, organised by CeeCee Cody.

11 November 2014: The NSW Legislative Council passes a motion calling on the State to implement the 2013 Senate Committee report on involuntary or coerced sterilisation of intersex people.

November 2014: Morgan speaks at a conference on human rights and inclusive development for lesbian, gay, bisexual, transgender and intersex persons, in Washington DC. 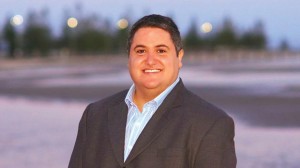 Tony Briffa is interviewed by the Times of Malta.

16 February 2015: Tony is interviewed by the Times of Malta, on world-first legislation that recognises a rights to bodily autonomy and protects intersex people against non-consensual medical interventions to modify our sex characteristics.

March-April 2015: Morgan moderates a Thematic Briefing by partners OII Europe and Zwischengeschlecht on intersex to the UN Committee on the Rights of People with Disabilities. This is followed by a Committee statement on the rights of intersex children in Germany.